For the recent elections, again the ruling class had been able to rise the voters turnout a little bit. But this was achieved only by high efforts presenting something “new”. Seemingly everything was new, new slates, new colors, new ideas. Especially the alleged winner of the votes, the conservative party, the ÖVP, tried to present itselve with a new approach, with the leading Sebastian Kurz it shall be different, his ideas shall be leading now.

Generally spoken the ruling class did not stage a electoral campaign where it was necessary to decide between political directions (as was seen with the presidential elections), but an electoral campaign of presenting who is best able to present oneself as new with the same old demands. Regarding racism, especially antimuslim racism, or military buildup, interior as well as exterior military forces, they are in no way inferior to one another – all of them represent a antidemocratic programme!

With the recent elections the ÖVP with Sebastian Kurz again stands for a more and more open fascist program. Despite already antidemocratic laws the ÖVP always wants to go a little further regarding surveillance and repression. In the matter of taxes they openly declare themselves to make politics for the big capital (big state owners, industrialists and so on). For workers they want the 12 hours workday and less social insurance. Their answer to the question of womens rights they bring up open clerical fascists as candidates. They spread severe racism against muslims and refugees. They want to proceed with full force against the antifascist and revolutionary movement.

The ÖVP on top of the parliament means the most reactionary forces have won strength. The Bourgeoisie has been able over the last few years to establish an antidemocratic, racist and fully anti laborer program as interesting and “new” option amongst some parts of the population.

Many speak now of a supposed swing to the right, which has happened with the recent elections. The KPÖ talks about the swing to the right and justifies this with the loss of the green party and by declaring that they have been rolled over by the juggernaut of the swing to the right. International media also report about the swing to the right, but did not use the term as the CDU (the sister party in Germany of the ÖVP) has been reelected. Those see especially the FPÖ as the biggest danger. They also often say that the SPÖ would overtake more and more of the demands of the FPÖ and matches more and more with the FPÖ. To say this is as it is because the population is calling for such a program is firstly a sectarian position and secondly idealistic because it is not proceeding from the real contradictions and the job the bourgeois partys have to full fill. The upcoming government under the leadership of the ÖVP will undoubtedly bring a reactionary program, not because of a sudden swing to the right but because on the already well prepared road they are able to do the best job for the financial capital.

Again with this elections it was right to defend and apply the policy of actively boycotting the elections. It’s impossible to decline political reaction or fascisms nor will it be brought by a simple mark on the ballot. Different outcomes of the elections wold simply show the bourgeoisie that they have to enforce their program in a different way, with more brutality, more slowly or better prepared but would not change the over all tendency. Within the people’s movement and antifascist movement a different outcome would strengthen the illusion in the possibility of forging an alliance against fascism with on or an other faction of the bourgeoisie.

The upcoming period will bring more intense attacks by the bourgeoisie against workers, migrants, women ans the revolutionary movement. And it will bring protests – regardless which government will be formed. To gain victories in these protests for the antifascist movement and the workers it will be necessary to form a broad front and at the same time break the leadership of bourgeois forces. Its getting more and more urgent to strengthen fighting antifascism, develop new methods and to trust in the own strength.

The new government will bring harsh weather, especially for all progressive forces, it will not be enough to have the same answers as usual against it.

The recent years clearly showed that everywhere with the initiative of the revolutionary forces the masses developed their actions and their readiness in a good, combatively and militant way, if the bourgeois leadership failed( due to simply not existing or not being acknowledged). On this the antifascist movement has to base itself, using the justified anger against he the upcoming government and its reactionary program as a combative force for the coming struggles, against the urgent attacks of the ruling class.

Let us trust in our own strength and let us strengthen fighting antifascism!

Death to fascism! Freedom to the people! 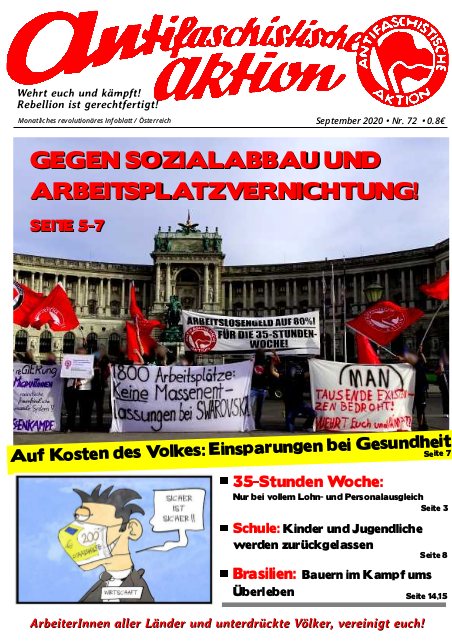 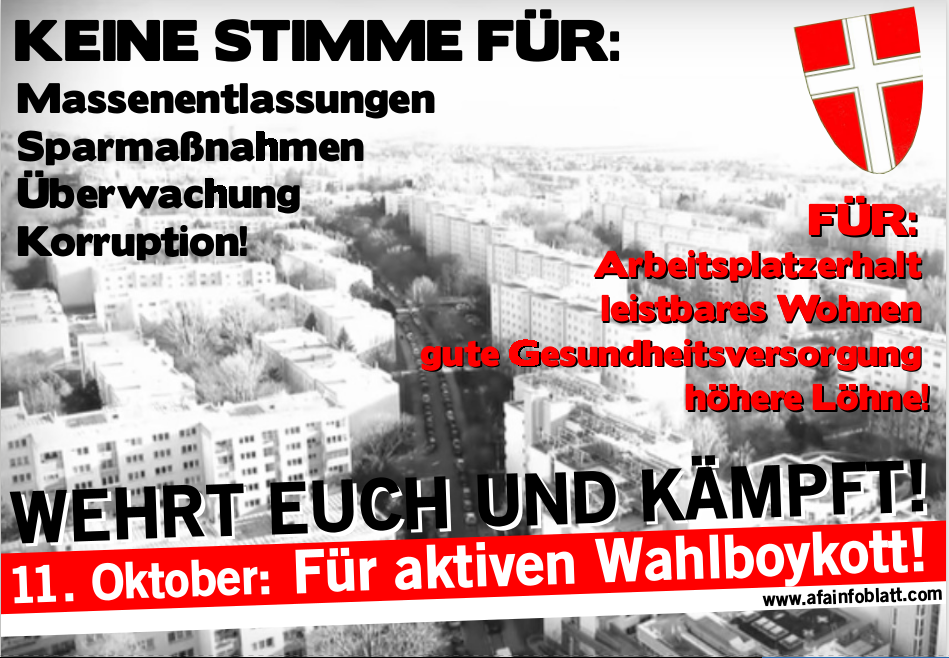