The meeting of the G20 has been a big event, for which the rulers as well as parts of the opponents have prepared themselves for months. More than 200.000 people demonstrated and struggled – against a police force which was rarely seen. The fact that so many people stood side by side, showing their solidarity, is a great incident. Now, afterwards the ruling class is advertising on great scale, to use this protest for their own goals. This makes it even more necessary to ascertain and discuss the achievements and consequences of the meeting of the G20.

They met to arrange terms, to set aside their competition in some questions for a short period and demonstrate their power. At this point it is necessary to say, that the G20 is a random group without any jurisdiction under international law or under the UN – economically spoken they are a cartel (as said by “Wiener Zeitung” (an Austrian newspaper -the translator)). They conclude no binding results, but devour masses of taxes, for in the main point demonstrating their power over the people´s masses. It is the political power of imperialism that is uniting them.

According to this the resistance against G20 was broadly and strongly based. It was carried out by revolutionary, anti-imperialist, antifascist and democratic forces as well as environmental protection and christian motivated groups. Previous to the meeting it was expected that there will be hundreds of thousand of opponents, numerous activities and a high international participation in the protests.

Due to the preparations of the German bourgeoisie it was suspected that they are preparing for civil war circumstances or at least a state of emergency. They gathered a large force of German police and complemented them with international units, among others at least 200 policemen/special forces (other sources are talking of six groups of hundreds) from Austria had supported them. If one asks the question what these police forces (of a neutral and independent country?!) were doing there, one could come to the conclusion that there is a new “annexation”* obviously coming. Over all more than 30.000 policemen shall have been deployed, eleven choppers, Horse- and Dog unites more than 3000 vehicles of the police, dozens of water cannons among these, as well as especially for this meeting constructed tanks have been used. As if this wasn’t enough special prisoner camps have been built and space has been cleared within the surrounding existing prisons. Surrounding the meeting spot, inhabitants were forbidden to reach their homes without ID, visitors they invited had to be officially announced weeks before the meeting. Many workers were sent into forced vacation, due to the restricted public transport they couldn’t reach their work places, companies just closed. Further on there have been house searches and harassment against known activists of the so called left movement. The deployment of Dudde as police director of operations for the G20 meeting, a technically retired police chief who is known for his hard course, and disregarding the law as part of the “Hamburger Linie”, is just another provocation.

During these preparations the mayor of the city of Hamburg, Scholz (SPD), called the meeting of the G20 a “festival of democracy”. Prior to the protests it has been clear that there will be massive clashes and police brutality, because the motto of the police was, to crush any kind of resistance in its beginnings. Due to the experiences of the latest meeting of this kind, many of the activists did already knew that there could be dead amongst the protesters. The sentiment amongst the people of Hamburg was clear, everybody hated the meeting of the G20. This sentiment was mirrored by the bourgeois press as well. Even though everywhere it was talked about the peacefully protests, the position of protest and demonstration against G20 is justified has been prevailed. Nobody was in the position of appearing openly against the opponents of G20.

The first bigger action conducted by police took place soon. On Sunday, about one week earlier to the meeting of the G20 a protest camp has been stormed and destroyed by police. This camp was legally granted by highest court of Germany. This incident marked the beginning of breaking fundamental democratic rights during the whole week of G20 – in this case they broke the bourgeois principle of separation of powers! After another illegal eviction of a camp, a court which had prior to the eviction legalized the camp changed their own previous ruling in terms of the police acting. So afterwards the court legitimated the eviction of the camp, which had been legalized before. This gave an “indiscriminate license” to the police. Justifiably this rose tension of all parties involved. It closed the ranks of many different groups, organizations or political currents, as they saw the antidemocratic felonies conducted by the „enemy”. Some religious and cultural facilities spontaneously placed sleeping berth at disposal for the protesters. The events prior to the meeting of the G20 show clearly how the followers of the utmost right thesis of the process of “fascisation” became the last defenders of a supposedly existing bourgeois democracy. The rulers of the BRD did not need any coup for knocking out fundamental rights surrounding the G20 meeting. There was no need for a fascist mass movement, not even the participation of the AfD-Party. Those fascist measures were executed by the same representatives of the bourgeoisie, which are presenting themselves as “liberals” in other occasions. It shows the fascist nature of imperialism, depending on condition this essence shows itself more or less openly, this is no conclusion of a so called process of “step by step fascisation”.

The operation against the “welcome to hell” demonstration followed where police attacked the “masked block” and used brutal and complete disproportionate violence against numerous peaceful demonstrators. Lawyers and members of the press (especially those who were “guilty” of reporting from a view of critique) were attacked or expelled from the demonstration, numerous demonstrators got injured. Everyone could see and it was totally clear from which side the violence came, this made the front against the antidemocratic and fascist policy even bigger and stronger.

Not during the street battles afterwards, but in this situation a tension developed in between a terrific mass which could not have been controlled by the ruling class.

These riots and excesses are justified from a principal point of view, no revolutionary or antifascist should be afraid that in every storm of anger coming from the masses there always are some bad elements that come to light. That is out of question. Regarding the reaction, there is some indication that it was part of the plan to “escalate” the situation in the “Schanze”. Special Forces started their actions with machine-guns in hands, the ruling class used the whole quarter as a big training field, also through reporting using many imaginary stories they tried to turn public opinion to their side.

Heinecke, a female lawyer of the “Anwaltlicher Notdienst” (a group of lawyers supporting demonstrators in many cases of demonstrations in Germany – the translator) talked in that matter about a “big exercise of counterinsurgency – without any insurgency“. At least afterwards the ruling class tried to construct an insurgency through their propaganda.

In that situation the open fascist gangs and Nazis prove themselves another time worthy of being the best chain dog of the ruling class, they continued their propaganda and started a hunt against activists through “social media”. Days after the protests there was only talking about violence by “leftists”, demands for more public surveillance got louder and the foretaste of police state in Hamburg got legitimated and granted suitable for the future. More open methods and forms of violence are needed by the ruling class to maintain control.

The masses are the force which is making world history! It is the unleashed anger, which is feared by the ruling class and which is causing it to totter, that was also proven by the protests against G20. All of these “Organizations” which are now propagating a policy of establishing a border between them and the so called “Excesses” are bounding themselves with the bourgeoisie and are part of the plan to seed defeatism and Babbittry amongst the struggling movement and destroying the victory and the progresses that were made by the protests. As harmful as the ones who establish a boarder, are those forces who are creating illusions of some completely “new dimensions” of class struggles in the BRD. Without any doubt the movement against G20 brought a victory and good preconditions for even bigger progresses for the struggle against imperialism. However, if anyone is fantasizing about “new dimensions”, he/she is only planting disorientation amongst the ranks of the struggling movement and is helping the political reaction, this is clouding the clear view of the most important tasks which lay clear in front of the organized revolutionary forces and were proven by the reality of struggles against G20. Those “know it alls”, regardless if they are disguising themselves in a left or a right coat, would be a better help for the struggling masses if they would continue to stay in the background as mere spectators, as they did during the protests against the G20.

Directed attempts of intimidation and repression by the ruling class were used against the development of activists in the revolutionary and communist spectrum of the movement, they are also the target of the continued repression in the aftermath of G20. In the end it is them who are in fore of the masses. It is also them, who made important advances and essential experiences through the struggles against G20. It is not common if 200.000 people are protesting in one single protest, also clashes with police in this intensity are no common thing in many European countries, and the course of the German bourgeoisie brought a new level of repression to which activists in Austria have to adjust too. Not only brought G20 the fascist face of imperialism more openly to light, but in the most important side it gave a new spirit to the antifascist, anti-imperialist and revolutionary movement in central-Europe. Answering the question:”What was G20?” we can say: More the 200.000 people who brought their justified demands against imperialism to the streets; thousands who stood against all troubles, with possible imprisonment or major injuries, and even considering the loss of their lives, bravely resisted the state repression; and hundreds who even tightened their coalition and use the victory of the movement against G20 as contribution to the development of the revolution, especially in the imperialist countries and to move along in this path with even more clarity.

A distinct signal was sent to the oppressed and exploited in the whole world, by the protests against the meeting of the G20 in Hamburg. There is no peaceful back country for the imperialist were they can “withdraw” to. Resisting and struggling against the G20 the forces joined together in a front that is stretching over the world for breaking down the ruling imperialist order, it was a great and deep expression of true internationalism.

*In 1938 Germany occupied Austria, the Austrian fascist ruling class was in general agreement to this and no resistance took place by the Austrian state, that’s what is called the “annexation” (“Anschluss”) -the translator 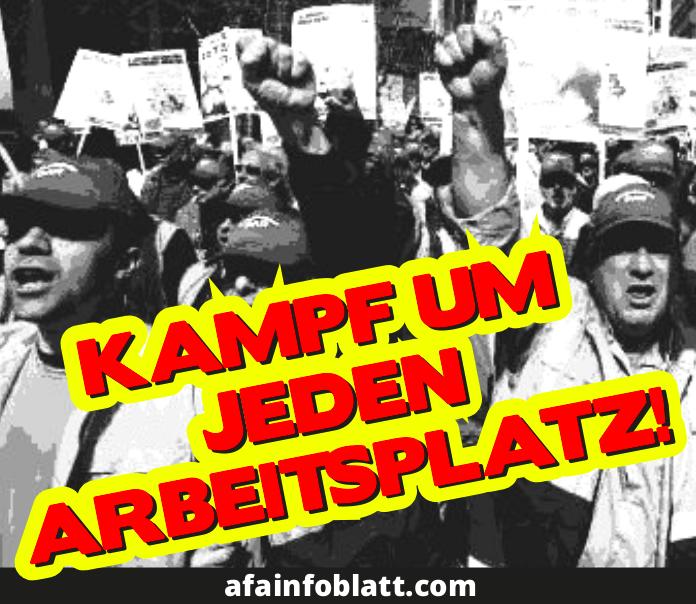